I didn’t perform a data set analysis on Christian Rudder’s Dataclysm, which draws heavily from his work as co-founder of OkCupid (the popular dating website), but I can say one thing for certain: Dataclysm knows nothing about religion. And it’s a shame. END_OF_DOCUMENT_TOKEN_TO_BE_REPLACED

The latest research claims that attention spans are getting shorter and shorter, particularly with the advent of modern (online) technology and the increased use of social media among young learners. Against this commonplace, however, consider Robert Southey’s warning to S. T. Coleridge in 1809:

“I know not whether your subscribers have expected too much from you, but it appears to me that you expect too much from your subscribers; and that, however accurately you may understand the diseases of the age, you have certainly mistaken its temper. In the first place, Sir, your essays are too long. ‘Brevity,’ says a contemporary journalist, ‘ is the humour of the times; a tragedy must not exceed fifteen hundred lines, a fashionable preacher must not trespass above fifteen minutes upon his congregation. We have short waistcoats and short campaigns; everything must be short—except lawsuits, speeches in Parliament, and tax-tables'” (Letters of Robert Southey: A Selection [London, 1912], 170-71).

It’s common to complain that things are “getting worse” (“worse than when?,” we should ask). However, if Southey could confidently relay complaints about 15+ minute sermons and overlong dramas in the early nineteenth-century, perhaps attention spans haven’t changed so much in our world of 140 characters after all.

Devolution of the species seems hardly to blame. We’ve only forgotten what’s past because we’ve stopped paying attention . . . and there’s nothing new about that. 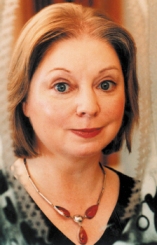 Mantel recalls an encounter with the Queen at Buckingham Palace. Everyone avoids her, sweeping aside in her royal presence—except for Mantel, who sees through her in an instant of penetrating vision: “for a moment she had turned back from a figurehead into the young woman she was, before monarchy froze her and made her a thing, a thing which only had meaning when it was exposed, a thing that existed only to be looked at.”

Mantel felt regret in that moment. She wasn’t looking at her, she explains, only the monarchy. Reversing the gaze, Mantel imagines the weary-eyed perspective of the Prince of Wales after yet another public spectacle: “You see that your life is a charade, that the scenery is cardboard, that the paint is peeling, the red carpet fraying, and if you linger you will notice the oily devotion fade from the faces of your subjects, and you will see their retreating backs as they turn up their collars and button their coats and walk away into real life.”

The curiosity to see through others has left once vibrant individuals not as disembodied souls, but de-spirited bodies, subject to the appetite of public interest, devoid of vitality.

And is this really any different from the consumer culture that surrounds celebrities and professional athletes? Just the other day, famed country musician Mindy McCready took her own life, having battled publicly with addiction and loss for years. Dr. Drew Pinsky, physician and television host, claims she “became so fearful of the stigma and the way people were responding to her being hospitalized that she actually checked herself out prematurely . . . it didn’t have to go down like this.” A royal life, indeed.

It doesn’t take tragedy to recognize the slow spiral downwards. Who in the United States hasn’t found the intense media celebration of Michael Jordan’s fiftieth birthday just a bit uncomfortable? So much attention to a man . . . was he the greatest player ever? Could he still play on an NBA team today? But stop and think for a moment: Would anyone be surprised to discover that Jordan finds the celebration-as-spectacle surrounding his aging body entirely humiliating?

Mantel, ever the artist, closes her lecture with words about kings and queens—and perhaps country singers and athletes, too: “Cheerful curiosity can easily become cruelty. It can easily become fatal. We don’t cut off the heads of royal ladies these days, but we do sacrifice them, and we did memorably drive one to destruction a scant generation ago. History makes fools of us, makes puppets of us, often enough. But it doesn’t have to repeat itself.”

The lesson, for me, is clear: we can still have our heroes, still celebrate our symbols of greatness or beauty or accomplishment. Yet these symbols of power and greatness remain people—bodies and souls and spirit and the muck that makes us fully and fallibly human. Mantel has this much right: “much lies within our control. I’m not asking for censorship. I’m not asking for pious humbug and smarmy reverence. I’m asking us to back off and not be brutes.”